Steve Rabackoff from GI Sports sent over a note regarding the new Imperial paintball program from GI Sports. After pro paintball teams Russian Legion and Chicago Aftershock dominated the 2010 PSP World Cup with GI Sports Imperial paintballs, GI decided to produce more of the specially formulated paintballs and release them to their sponsored teams. Typically paint manufactures are very tight with their premium special formula paintballs, but the former pro paintball players running GI Sports understand that players want to shoot the best. With that in mind, Lasoya, Opie, and Rabackoff from GI Sports decided to open up the gates to divisional paintball teams. Better yet, Steve let us know that GI Sports is offering to pay for the paintball bill at PSP Galveston Open for the 1st and 2nd place winners. What do you need to do to qualify? Shoot GI Sports paintballs throughout the PSP Galveston event, place a sticker on your hopper, and be using a paintball gun from either DYE Precision, Bob Long, or Mac Dev. Pretty easy right?

Check out the image below for the full details; 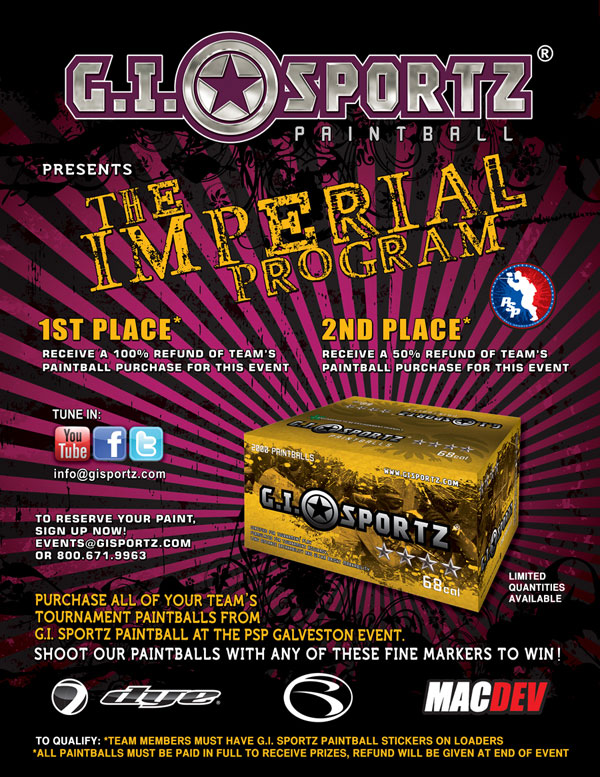