Welcome to this weeks edition of The Friday Frag. In our last edition we left you with a question “what do you think the most important task is prior to game on?” If you haven’t guessed it from reading the article, that is Walking The Field!!! I can not stress enough how important it is to know the firing lanes, where bunkers are placed and everything else that involves you playing paintball all day. This is something that is not only limited to a particular form of paintball, as anyone who is serious about playing, will walk the field prior to game on.

With that being said, this edition is going to be focusing on playing the first event. For those following at home, think of this as being the part 2 of a 3 part miniseries within the series. After arriving to the field and completing everything we discussed last time, the Team Captain should locate the commander or “general” for whatever side you are playing for and introduce yourself. This accomplishes two things, 1) you are getting your team and your name out there, and 2) you are letting the general know that he can count on you for whatever is needed. A good rule of thumb is that with being a new team; do not expect a lot crucial missions to come your way. However don’t feel like you are being slighted, most people who are “generaling” a side are doing it because they want to win and might be hesitant to give your new team a must-complete mission.

Don’t be afraid to get involved. The biggest thing new teams run into, is that they are hesitant to get directly involved in the game. If your sides “general” is not to keen on having you run missions to start, than request to gather props, capture flags or hold the front line. The great thing about Scenario Paintball is that there are a variety of aspects that need to be completed for a side to come out with the win. Teams have won awards by being the best role players, running base defense or even holding the line. Mission teams are not the only ones who win the MVT, the teams that impact the game the most do. When playing your teams first event, you may come to see that the team would rather be a goon squad as opposed to running missions or being role players. There is no prize for picking what your “specialty” will be out of the gate, for some teams its natural while for others, they may not discover what they excel at for a few events.

A good tool to use, is radios and communications with your “general.” This will allow you to stay in constant contact with them and will make your team that much more valuable as they can get a hold of you at a moments notice. Your stock will rise in the heat of the battle if your team can be contacted to plug a hole in the line or capture a flag when most needed. It also benefits your entire side by being the eyes and ears for your “general.” They can not be everywhere at once, but by being in contact with the teams on the front, they can develop a better picture of what is actually going on. Radios help to diminish the “fog of war” for your “general,” which can go a long way to winning the game. 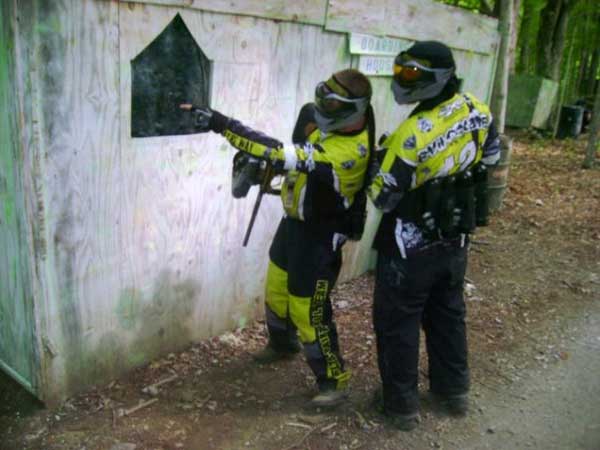 Once given your orders for game on, you should speak with your team about what the plan of attack will be. Go over the games map with the objectives and work out the best way to get to your objective, or what the best way would be to hold a section of the field. This is where walking the field prior to game on is an advantage to those that did not walk it. By knowing where everything is located, you will not be wasting time looking for bunkers or a route that doesn’t involve mud up to your knees. While also going over the pre-game route, your team should also discuss how you will regroup after being shot out on and off the field.

Where and when you regroup can either make or break a team’s game cohesion. All the best plans will go to crap within 5 minutes of game on, so you need to know where people should go to regroup otherwise you may be part of a team, but will be playing by yourself or with another team because you’re unable to sync back up with your team. Some teams will develop schedules for when they will be on/off the field; others will use their radios to let them know when they are shot out. Almost all scenarios have rules against “dead men talking,” however it is not against the rules to let everyone know you are OUT. How you go about doing this is totally up to your team, some prefer to sync up on field at a dead box or hospital, while others prefer to do it off the field.

A team’s paint budget is all dependent on what you are planning to do. Obviously your first few games will be a toss up as to how much paint you should buy. Some players like to shoot more than others, while others use pump markers. However, if your team consists of a lot of shooters or you’re going to be used to hold the front line, you may want to consider pooling paint. The benefits of this, is you don’t have to worry about whose case of paint you are filling your pods with, and you may be able to get a better deal by buying more paint in bulk. This cuts down on the downtime when off the field and allows you to get back into the game quicker.

The biggest thing to remember when it’s game on is to just go with the flow and not try to micromanage your team. The Team Captain’s who spend the entire game barking orders and the like are going to burn out quickly or their team will simply break apart. Your team is not being paid to play together, so if all their doing is being yelled at by you, they will either stop playing, or join another team. Use every game as a learning experience and have fun. No one expects a new team to be totally solid out of the gate, that’s why it’s important to play before hand and try to work out as many bugs as possible. All teams drop missions, get shot out and loose props. How you learn from it will speak volumes as to whether or not your team makes it or becomes another statistic.

This weeks questions is: What do you think the most valuable thing should be to discuss after playing the teams first event?

Next week we will be discussing the fallout from playing your first event, or as it’s commonly referred to as the After Action Report (AAR.)