Millenniums final event is about one week away, and is being held at Euro Disney in Paris. This year the Millennium series has tested out a few fun and new formats such as the Nations Cup where teams from each country battle for 1st. Another new offering is Ladys Cup, where every team consists of women and girls from different countries.

This year a “Youth Cup” will be held, where kids born between 1992 to 1995 will qualify to compete to be the best kids team in Europe. All the teams will represent their home country and compete in a race to 4 format with a roster of 10 on each team.

Here are the drawings for the youth cup in Paris. 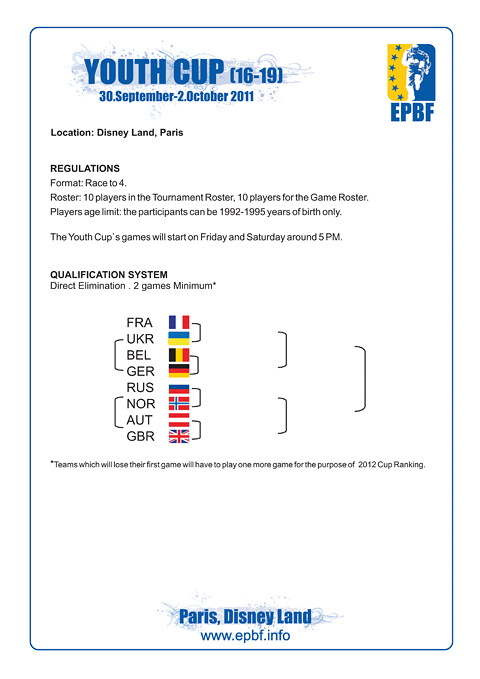 What do you think about the NPPL and PSP hosting a Youth Cup or a Lady’s Cup? Would you as a player be interested in competing in an 15 and under division?