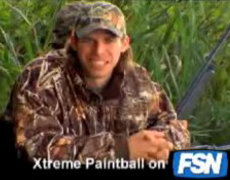 DC Arsenal and Tom Fore are back—and in a big way. Arsenal will once again be competing in the NPPL beginning with the DC NPPL event taking place at Pev’s on August 6, 7, and 8. They will also play the NPPL season finale in Las Vegas on October 8, 9, and 10.

Beginning with the PSP Mid Atlantic Open, Arsenal’s JC Whittington will be playing with Dynasty, and Tom Fore will be there to help coach the team. After Dynasty and Arsenal’s successful venture into the Millennium in 2009, Tom and Dynasty will be teaming up for PSP for the remainder of the 2010 season, with an eye towards 2011. “We had a great time working with Tom last year in Europe,” said Dynasty Captain Alex Fraige. “JC is a great player, and we’re excited to have him and Tom on board, and are looking forward to a successful second half of the season with their help.” Arsenal owner Tom Fore added, “We are excited about this joint venture and the opportunity to build on the success of our 2009 Dynasty/Arsenal Team.”