There’s just over one month until the first Pro Paintball event of the season, and following the many recent transitions of players between rosters, it’s still not over! Dynasty’s most recent addition to the roster will accent that of pro paintball player Chad George from the Philadelphia All-Americans. Look inside to see Dynasty’s second 2010 addition! 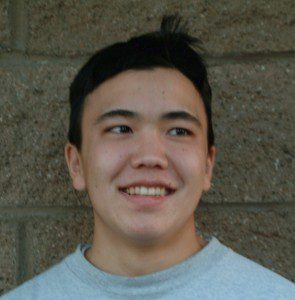 Sources have confirmed that Glenn Takemoto has departed from his long time teamates on LA Infamous to join paintball’s long time favorite San Diego Dynasty. We caught up with Dynasty for a statement from the team:

Dynasty is excited to announce that Glenn Takemoto in the newest member of the Dynasty family. Glenn has been one of the top players in the game, and like many of the members of Dynasty, is originally from Northern California, and now lives in San Diego. We have known Glenn for a long time, and many of our players have had a chance to play with him on different teams both here in the US, and around the world. We think he’ll be a great fit, and are looking forward to a successful 2010 season.

After the recent merger between pro paintball teams LA Infamous and SD Aftermath it was only a matter of time until players began dwindling out of the amassed 18 man roster created. One thing is for sure, Glenn will be comfortable shooting a Planet Eclipse paintball gun for yet another season! Glenn later added,

I’m excited to be a part of the team, and I’m looking forward to the season. I’ve known these guys forever, and have played with almost all of them, so I think it’s going to work out really well. I really enjoyed my time with Infamous, and wish them the best of luck this season and beyond.

Readers take note numerous pro paintball teams are having their first team practices this weekend and the Ironmen are even having tryouts! Stay tuned for further updates as to who is playing where.