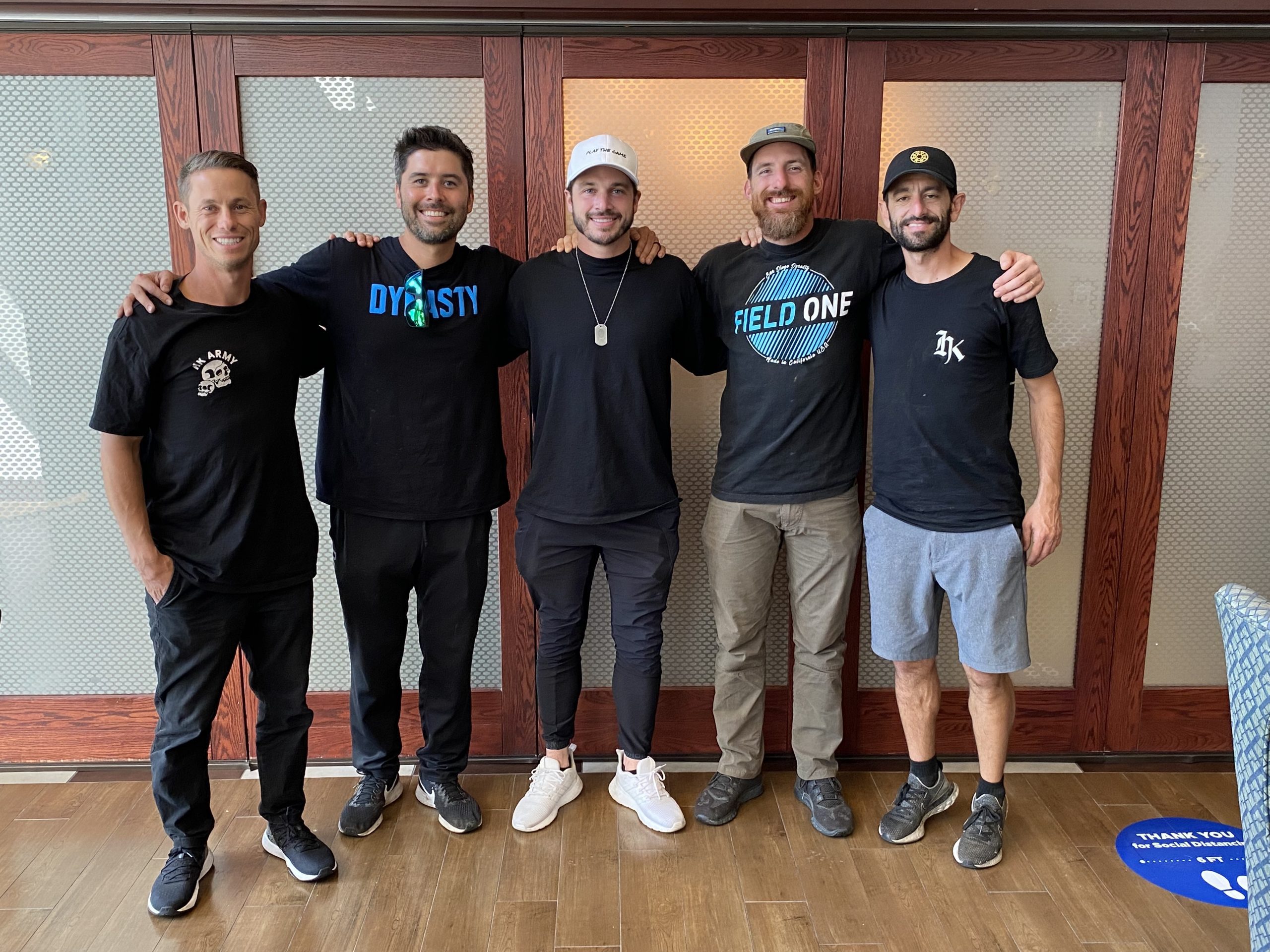 For the first time in 20 years, San Diego Dynasty has opened their organization to new members in the ownership group. Longtime star players, Marcello Margott and Blake Yarber have joined the Dynasty organization as co-owners. They will join Yosh Rau, Alex Fraige, and Ryan Greenspan in the Dynasty Paintball Club LLC business. Both players have been integral to Dynasty’s success over the last decade.

Dynasty Paintball Club LLC is proud to announce the addition of longtime Dynasty players, Marcello Margott and Blake Yarber, as Co-Owners of San Diego Dynasty. San Diego, CA: In its 21st year as a professional paintball team, San Diego Dynasty will be expanding its ownership group to include Professional Paintball World Champions, Marcello Margott and Blake Yarber. Currently run by founding members, Ryan Greenspan, Alex Fraige and longtime member, Yosh Rau; San Diego Dynasty has enjoyed over 2 decades of professional paintball championships that include over 60 pro tournament wins and more than 25 pro series championships in the USA and Europe. Along with unrivaled success on the field, Dynasty has pushed the boundaries of marketing and product development through relationships with sponsors and players to be one of the most recognizable brands in paintball.

The individual work of Dynasty players has advanced the sport in dynamic ways and continues to be a major influencer for up and coming paintball players and teams.

“Blake and Marcello are accomplished paintball champions. It is their individual drive and commitment that originally earned their spot on the Team. Now, it is their wisdom and integrity that has earned their spot as owners in Dynasty Paintball Club LLC. We look forward to achieving even bigger goals for Dynasty on and off the field with these guys as our partners”

“Dynasty was founded on the idea that a group of friends could achieve great things by working together with passion, drive and love for the game. While the players and names on the jerseys have changed over the years, the goal and the results have remained consistent. Marcello and Blake have been a cornerstone of Team Dynasty for many years. It is a great honor to have these two incredible people commit to the future of the Dynasty organization. There are many exciting things on the horizon!” 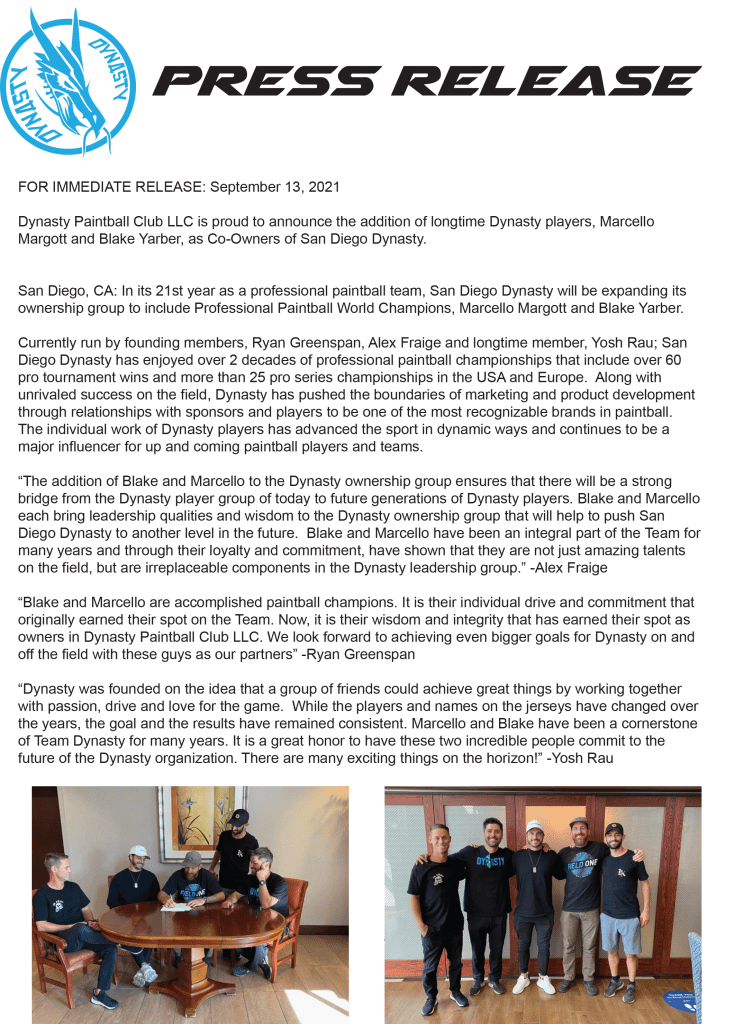