Roster changes and tryouts have been the talk of the scene for the last couple months as players attempt to find new homes for the 2010 season. Team VICIOUS, brand new to the PRO ranks in the PSP, has been developed with a core group of players who fought their way up through the ranks to the top of the charts.

Recently seen rostering such players like G-no Benedicto formerly of Infamous, most recent pick up is Drew Templeton. We were able to catch up with Drew to put him in the spotlight for this weeks PRO paintball player of the week.

Any hobbies other than paintball: basketball, graphic design, working out, video games

Position you play: Whatever is needed

Favorite PRO Team: Growing up it was Avalanche 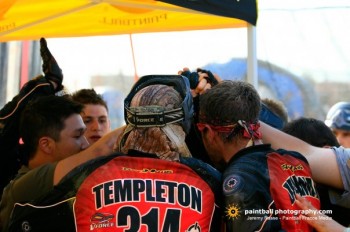 Advice to any new players? Keep playing and be humble.  Watch pro games and see what they do that you could put into your own game and make it even better

Who would you say was your biggest mentor? Paul McCord.  He was one of the top players in Ohio when I first started playing and he was always helping out my buddies and I.

How is paintball different in St. Louis, Chicago and Omaha? St. Louis paintball reminds me of paintball when I first started playing in 1999.  Everyone for the most part is very friendly and out there to have fun.  In Chicago it’s a little more competitive and it seems to be more of a dog eat dog environment, obviously there is exceptions to that though.  In Omaha it’s about the same feeling as in St. Louis but there is a lot more focus on playing a TON of paintball.

Briefly tell us about your new team, Vicious: I just joined the team this off season.  I’ve known all of these kids since they first started playing and I have been to plenty of their practices.  They have come up from D3 and done it all on their own.  I am excited to come aboard and do my part to  help make them a dominant pro team. 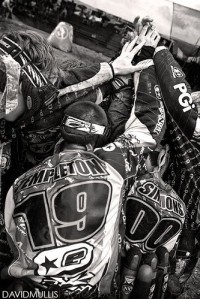 Goals this season?: Continue to improve individually and fulfill my role on the team that will give us the best chances to win.  Overall I’d say winning sums up the goals for this season pretty well.

What should people expect to see from Drew Templeton in 2010: I guess people will have to wait and see whatever results I produce.  I prepare and practice as hard as I possibly can so that when the tournament comes there is no second guessing whether or not I deserve to go out there and play to my full potential. Half-assing anything has never been my style with things I am passionate about and I’ve never been as passionate with anything as I am with paintball.

Thanks Drew for taking the time to give the readers a little in site about your paintball career as a PRO player and good luck to you and your team in the 2010 season!