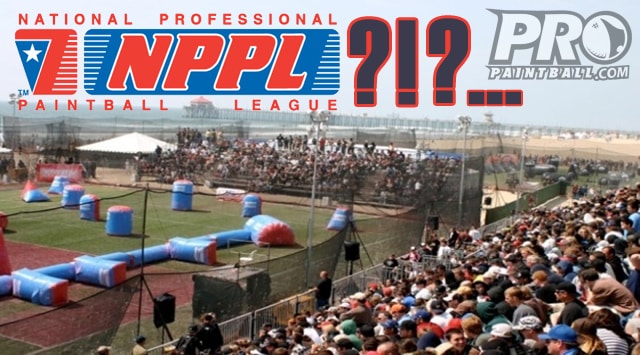 You’re surely tuned in and interested in the major internal changes happening with the NPPL.. Right? For a tournament baller, it’s definitely something worth paying attention to and a surefire topic of discussion at the field this weekend. Start out here on PROpb and layout your opinions, predictions, or questions in the comment section at the bottom of this article.

This is the meatiest chunk of the NPPL’s press release sent out to announce the transitional changes:

On the heals of the successful HB event the NPPL has decided to evolve and refocus its energy on growing the sport of paintball by serving as the true Governing Body for the sport. The NPPL will move away from running their own events and instead sanction other promoters to run and operate the events.

“My passion has always been to grow the NPPL brand and the sport of paintball. By passing on the operation of the events to a different event company it allows me to concentrate on the true mission of the NPPL.” Says Hendsch.

The NPPL has signed an exclusive licensing contract with Paintball Promotions Inc to operate and run the National NPPL events. PB Promotions will begin immediately getting ready for the remaining 2013 events. Teams and sponsors should see a seamless transition in all departments.

PB Promotions has evaluated the venues and dates for the remaining previously announced events and unfortunately will need to make some adjustments.

Some focus points/key information up for discussion:

Originally Posted by NPPL Super 7
Some truths…The NPPL is still owned by the NPPL ( the pro teams) and that will never change.

The NPPL was run by a sizeable group of volunteers and now it has contracted a logistics company to promote and run events.

Teams and sponsors will see a seamless transition in events (other than location changes).

This will ensure better run events with better value for teams, players, spectators and sponsors.

The new direction will continue to include the NPPL board, Chuck, Pev, and the Pro teams.

Plenty to be worked out with the league. Comment below and let us know what you make of all this.