The CXBL has begun their releasing their 2011 jerseys. In their usual fashion, the CXBL jerseys are released 1 team per day, alternating between conferences. Unlike most national leagues, the CXBL provides jerseys to all teams.

The first Jersey of 2011 features Halifax City United’s jersey design. In 2011 the CXBL announced they have made a deal with Style Supply to supply all 2011 jerseys. Make sure you check Xball.com for the daily jersey release, they are usually posted at 12:00 EST. 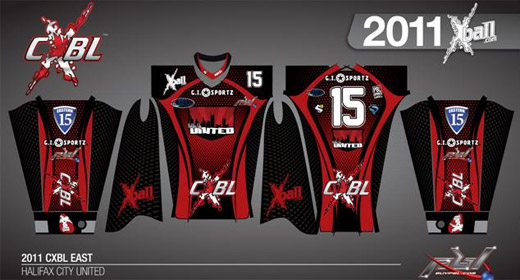