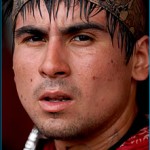 After Will Moore and Corey Hale of Phoenix United decided to take a step back from the team there was a void that needed to be filled in the back corner position. With Aftermath announcing that they will not be competeing in any 7 man events for the 2009 season, asking Bobby to play with the team was a no brainer.

Phoenix United is excited about this partnership and feels that it is a step in the right direction for the team.