It was released today that the American Xtreme Paintball League (AXBL), the American league tied to the Canadian CXBL series, has announced that they will not be running their season in the U.S. and merely focusing on the growth of the CXBL this season.

Here is the statement released today regarding the matter: 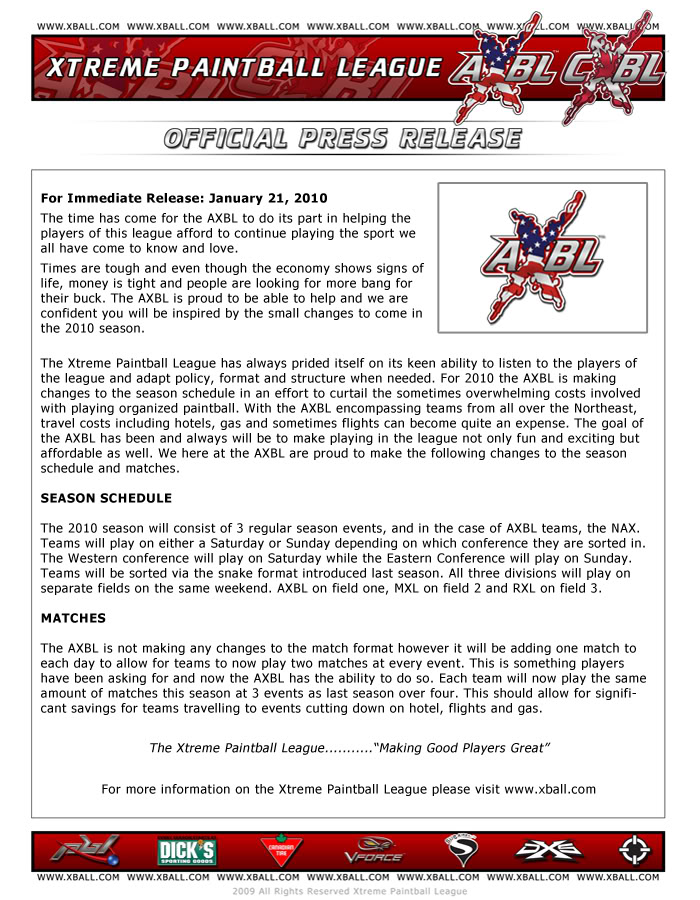