It’s been confirmed today that Greg Siewers has officially joined up with Chicago Aftershock in the wake of Drew Templeton’s departure. Greg has a long standing history at the professional level competing in both the PSP and NPPL with teams including: Los Angeles Ironmen, XSV, S.F. Explicit and San Diego Aftermath. The team is excited to have the Northern California native now a member of their team as they believe he will mesh very well with the mid-west group of guys.

“We are very stoked about the 2010 season and very excited about being able to have Greg join the program. We have very high expectations for this year and we feel he will definitely help fulfill those!” 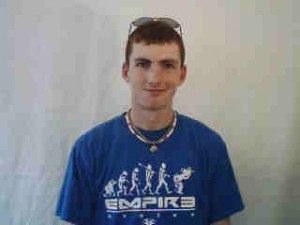 “It’s a great group of guys, so it will be an easy switch. The team is as hungry to win as they’ve ever been. I’m happy to be a part of it.”

The guys over at the Shock camp have mentioned this is not the last of big announcements to come, so be sure to stay posted to Pro Paintball dot Com for the latest paintball news!