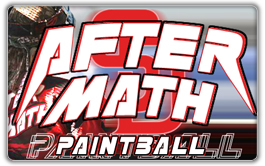 In the final battle for semi professional 1st and 2nd podium placement, Aftermath brought the pain train against RNT AllStarz and blew the team out 7-0. This is Aftermath II’s first event as a Semi-professional team, Aftermath II moved up from division 1 to semi pro after taking 1st place in Phoenix Open. Incredible paintball playing by  James “Kekoa” Ferguson, who point after point ran into the snake and eliminated several of the RNT players. RNT played great paintball all weekend but was ultimately no match for Aftermath II.

Update: Aftermath II has yet to drop a match in 2009. The team is currently undefeated!