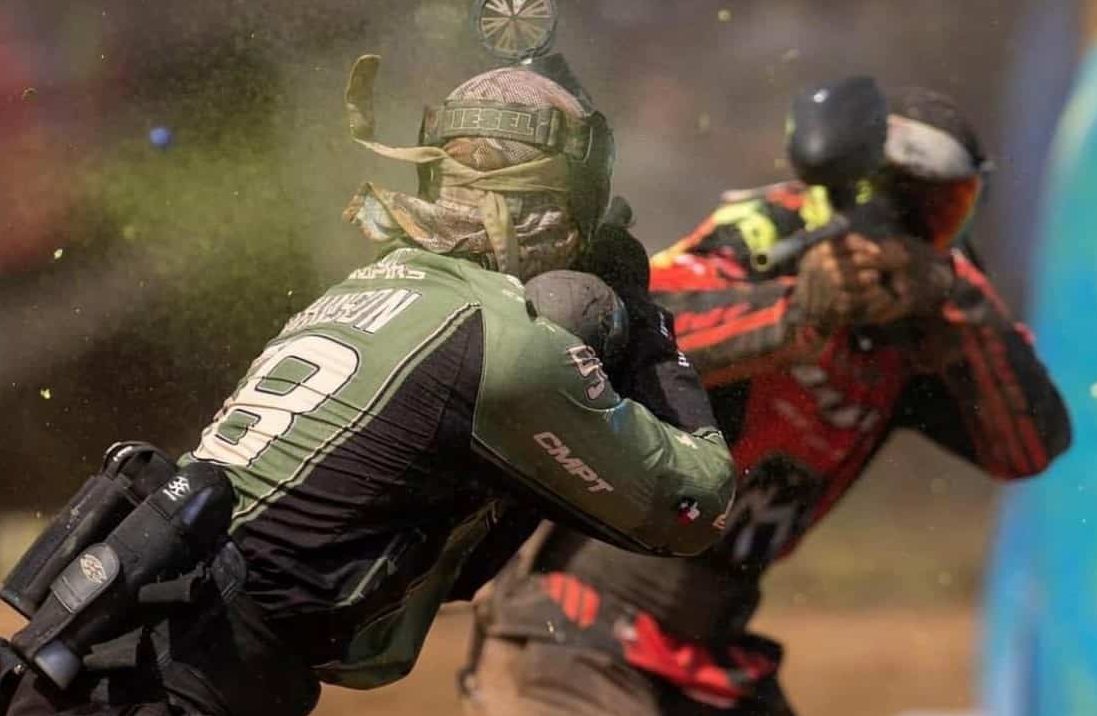 A Case for Ruthlessness

Trevor’s Bio: Student of the game since 2003. Blessed with the opportunity to play pro with Bushwackers, Sedition, and XSV. Marine since 2009 and back in the game with Urban Hunting by ProPaintball.com.

After a twelve-year hiatus from paintball, some old teammates I hadn’t seen since I joined the Marines reached out and invited me to play the NXL Lone Star Open with them. At first, I was hesitant to join a team and commit to practicing nearly every weekend, but as anyone reading this probably knows, our sport has an addictive quality. After one day at Paintball FIT, I was hooked again.

The sport, however, seems to have undergone a cultural change in the years that I spent away. Specifically, the absence of a ruthless mindset amongst players stood out to me.

In the year that defined my paintball experience, 2007, a typical practice I attended would have consisted of a group like Dynasty, Ironmen, XSV, and Aftermath. All day, players were running to the X to make each other’s knuckles bleed. If there was a dispute, guys would stand on the field and shoot full loaders into each other before storming off to the pits to prepare for the next point. And of course, the day was never over without Hinman having to be held back from beating the brakes off one of his own kids. Those were wild times, but they created gritty and ruthless players, many of whom have maintained dominance in the pro division since I left the sport at the end of that season.

Today, at one of the most competitive fields in the nation, I’ll see players take it personally if they’re shot more than a few times. I’ve even had opponents come and apologize after putting five or six balls on me, which is just… weird.

Paintball is a combat sport, and while it is not all that similar on a tactical level, conceptually it is very similar to warfare. So, I’m going to borrow some concepts from Marine Corps doctrine and try to convince you to be more ruthless.

Many of the forces that impact an actual battle: disorder, uncertainty, fluidity, and friction, are palpable in an X-ball match. To win in war or on the paintball field, you want to maximize the effect these forces have on your opponent while minimizing their effect on your own team. This is done by ruthlessly exploiting opportunities that are presented resultant from your own actions, mistakes made by your opponents, or chance. Truthfully, you knew that already, so none of us should be surprised if things get a little messy or painful on the field.

How many times have you shot someone in the pack or the foot, watched them flinch, and then stay in their bunker? How many times have you bunkered someone and had them spin and put paint back on you? These are examples of disorder, uncertainty, and fluidity in action. Refs are there to maintain order on the field, but they are fallible humans and at practice they are rarely present. Your opponents will often exploit the uncertainty of “not knowing” if a ball broke on the bottom of their foot or the back of their pack, then turn around and shoot you moments later, changing the course of the game. Circumstances change quickly on the paintball field. Ruthlessness will help you get that opponent you shot off the field faster. If all you have is a foot or pack shot, paint the whole damn thing yellow. If you’re bunkering someone, get your gun ramping early and put six balls in their neck so they don’t spin on you. Appreciate the fluidity and disorder of the game and be ruthless enough to remove uncertainty in that moment. It’s not malicious, its playing to win.

I suspect anyone that has played a tournament would agree that a large part of what dictates the outcome of a game happens in the pits. Two forms of friction are manifest in the pits: external and mental. You want to maximize this force on your opponents, and ruthlessness plays a role in doing so. External friction can be induced by having to clean multiple hits off packs and goggles. This takes time, which is often a scarce resource in X-ball matches. In all but the most efficiently run pits, that time takes away from strategizing for the next point. Mental friction comes from getting ruthlessly torched making a move. It saps your confidence to make the moves necessary to win. Ideally, you’ll generate enough friction in the other team’s pits to cause them to come out for the next point unprepared.

The effects of disorder, uncertainty, fluidity, and friction compound to create momentum that is hard to overcome. This applies in both the context of a full match and an individual point. Keeping momentum on your side depends on your ability to deny opportunities to your opponents and exploit those opportunities that are presented to you. Opportunities are always fleeting, and the higher levels of competition are defined by the scarcity and transience of those opportunities that are exposed. Ruthlessness is not defined solely by your willingness to put it on your opponent, but also your willingness to capitalize on opportunities the moment they are presented. If there is a move that makes sense, as soon as you gain dominance over the guy stopping you from making that move, you’ve got to go. Rapidly taking key positions on the field creates disorder, uncertainty, fluidity, and friction, as bodies start dropping, your opponents’ understanding of what is going on becomes less clear, and secondary moves become more difficult. Frequently, the compounding effects of these forces will cause your opponents to make mistakes, presenting you with opportunities which you will again ruthlessly exploit until the momentum of the point turns into the momentum of the match.

In war, ruthless warriors are feared and respected, but those who harm noncombatants or violate the laws of war are universally despised. Therein lies the difference between ruthlessness and savagery. In our sport, those who develop a reputation for bonus-balling players as they’re walking off, or playing on to make failed moves successful are savages and are rightfully despised. Savagery has a place in our sport, and from what I understand from those who have played there, that place is Mexico. Don’t poison the well at your local field with a savage mindset, and don’t shaft your team by getting penalties for savage behavior. Pursue the goal of being respected for your ability to ruthlessly, yet ethically, defeat your adversaries

By no means am I the authority on professional paintball, and I most certainly am not a salty combat veteran, but I have spent enough time in successful organizations in both realms to know how they work. In both warfare and paintball, the ruthless exploitation of opportunities is often the factor that differentiates winners from losers. In our sport, that means making moves the moment they are available to you and putting enough paint on your opponents to ensure the move creates the desired effect. Be ruthless. Do it incessantly, but ethically, and see the forces of disorder, uncertainty, fluidity, and friction compound to create inexorable momentum, driving your team to a win.